A Filler for You Lovely People

So yeah, obviously I haven't written anything for a while. It's not really writer's block, I just haven't had that "aha!" moment where something strikes me as particularly hilarious enough to write about. Maybe I shouldn't have eaten those damned cookies and done some heroin instead... I figured I'd better post something though, so I don't lose all 17 of my followers (who probably don't read my crap anyway).

So update on what I've been doing... Same shit. Next.

I do have one bone to pick here, where the FUCK are all the Hot Bald Guys? I know damn well that I know a lot more Hot Bald Guys than the two who submitted pics!!! Ok, 3, but one guy didn't follow directions. Sooooo.... I need some Hot Bald Heads to go here. If you'd like to submit a Hot Bald pic and be featured (I'll even include a personal ad for you if you're single!) on my page, all you have to do is email me your best Hot Bald pics and at least three sentences about how awesome I am. Easy. Do it. The only stipulation is that you must be completely bald, comb overs and beard heads are automatically disqualified. Same goes for receding hairlines.

That being said, I left a Hot Bald Guy off of my Hot Bald Guys post. I am going to remedy that now.

I am actually getting ready to work on a more serious project... So I may not be so funny for a while.

Don't tell me "Happy New Year(s)", it's January 4th, that shit got old at 12:01 am on January 1st. Further more, I don't make resolutions. I learned a long time ago not to make promises to myself that I cannot keep. I've learned to accept the fact that I am eccentric and lazy and I am OK with it.

Hopefully soon I will have a real post for you. Until then, please send Hot Bald Pics!!!!

Here's a pic of me having a great hair day: 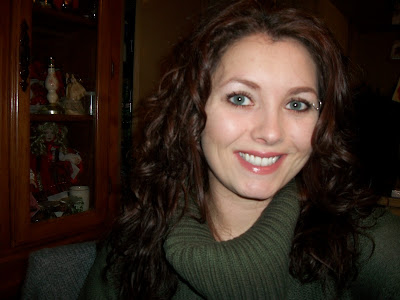 Posted by Trbobitch at 7:30 PM